Stanley Ho, who turned Macao into gambling destination, dies at 98

Tycoon leaves behind sprawling business interests to his 17 children 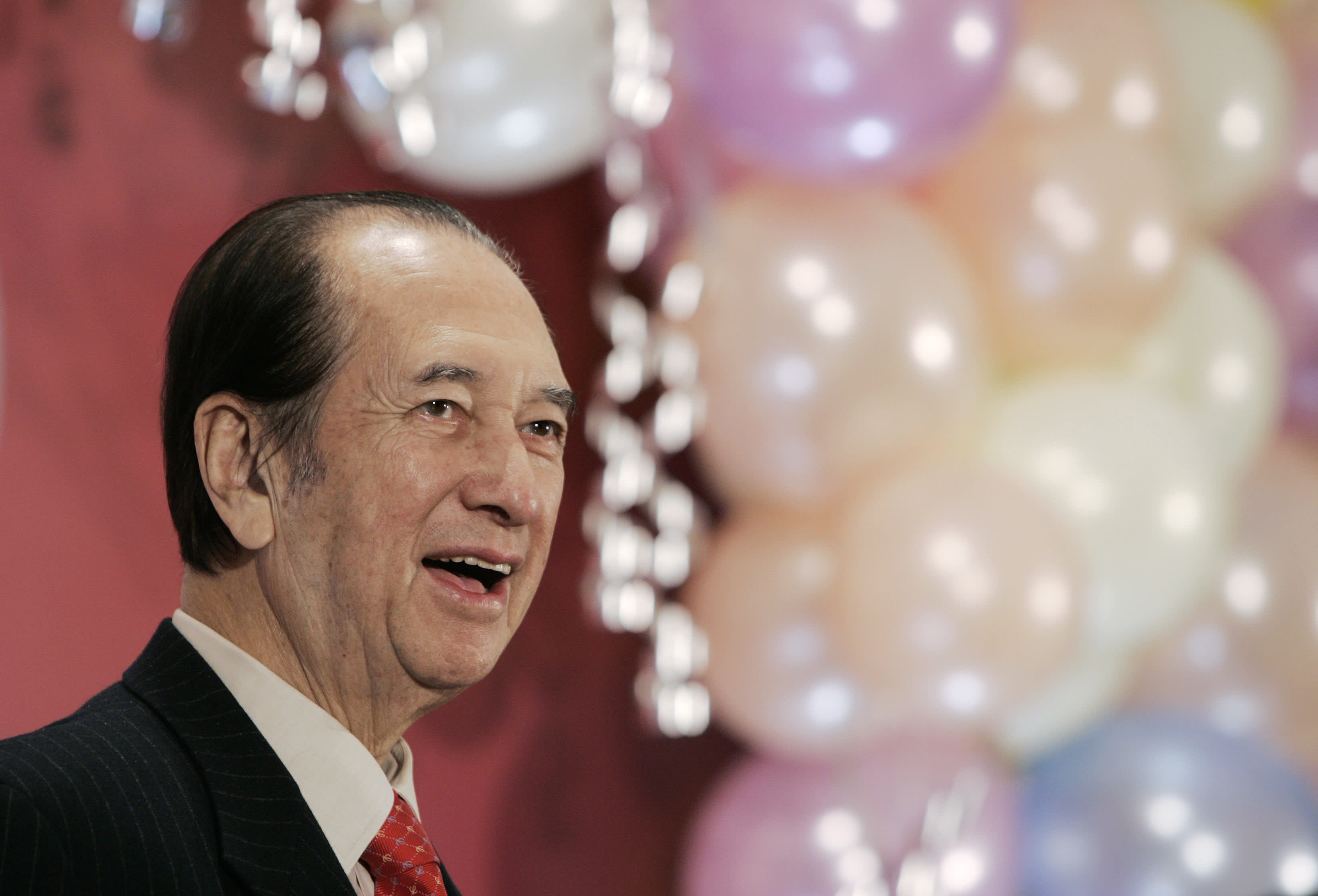 HONG KONG -- Stanley Ho, the businessman who first put Macao on the map as a destination for international gamblers, has died at the age of 98.

"Although we knew the day will come, it does not ease our sorrow," daughter Pansy Ho, surrounded by family, told reporters in front of Hong Kong Sanitorium & Hospital on Tuesday afternoon.

Ho leaves behind a sprawling empire of business holdings, now largely in the hands of his 17 children and stretching from Portugal to North Korea. Most prominently, Ho's children hold or share the reins of three of Macao's six casino companies, ensuring the family's continued place at the table in what has become the world's most lucrative gambling market.

"The dominance of the Ho family in Macao's gaming sector should remain stable at least in the short term," said Joseph P.H. Fan, a professor at the Chinese University of Hong Kong who specializes in studying Chinese family businesses.

Ho, born in Hong Kong of mixed Chinese and European ancestry, first plunged into business as a young man in nearby Macao during World War II. With Macao as neutral ground under Portuguese rule, Ho was able to trade manufactured goods into Japanese-occupied Hong Kong and mainland China for food and other commodities.

In the early 1960s, with backing from other businessmen, he successfully bid for a monopoly concession to run casinos in Macao, where gambling had been legalized decades before.

The Lisboa casino hotel lit up as the new flagship of their operations, which extended into lotteries, horse and dog racing, hotels, retail and running ferries and helicopters to Hong Kong and the mainland as well as other public services.

Sonny Lo, author of "Political Change in Macao," said Ho made "great contributions to Macao's economy and tourism" by building up cross-border connections with Hong Kong and mainland China.

Disputes over the proceeds of his success, however, dogged Ho, with his sister Winnie in particular filing a long series of legal cases in pursuit of a bigger share of the winnings. Ho in turn sued one of his daughters and other kin over a restructuring that reduced his own stake in the family empire, leading to a brokered settlement in 2011 to balance the interests of the families he had created with four different women.

Ho's original casino business, now under SJM, has slipped far from the preeminent position it held until the government ended its monopoly rights in 2002.

While its rivals have invested billions of dollars to open sprawling gaming resorts on the reclaimed land of the Cotai district of Macao, SJM still lacks a major outlet there and its overall share of the city's gaming revenues has slid to fifth even as the city has soared to become the world's leading gambling market.

SJM has not given up, however, and aims to finally open up a new showcase property, the Grand Lisboa Place, in Cotai by the end of the year. Several analysts though expect the $4.6 billion project's debut to be delayed once again into next year as the coronavirus pandemic smothers casino visitation.