2019 was a disaster for SoftBank Group and its founder-CEO Masayoshi Son that goes beyond its shocking $6.4 billion loss in the third quarter alone. More serious were signs of trouble from a broad range of companies SoftBank's affiliated Vision Fund has invested in; these have badly damaged Son's golden reputation. 2020 will tell whether the damage can be repaired.

During the first half of 2019 the disappointing IPOs of SoftBank Mobile, ride-hailer Uber and messaging service Slack not only depressed the net asset value of Vision Fund 1 but also shook confidence in Son's ability to replicate his legendary investment in e-commerce giant Alibaba. This multiplied $20 million into a stake now worth more than $100 billion.

But it was the WeWork debacle that caused many to question for the first time whether Son was in over his head. Corporate documents showed that it was spending $1.50 for every $1 of revenue, and over the autumn support for its planned IPO collapsed, banishing dreams of the valuation of $47 billion at which SoftBank bought in, in January.

Indeed, SoftBank had to sink an additional $9.5 billion to allow WeWork to pay its bills, at least through the first half of 2020. If Son could get the office-rental company so wrong, what other time bombs might be ticking in his vast toy box of startups?

WeWork shook faith in the underlying integrity of Son's product. At its 2019 annual shareholders' meeting, SoftBank boasted that Vision Fund 1 had achieved a staggering 62% internal rate of return, but on closer inspection the numbers were based on paper valuations that, as WeWork showed, evaporated when actually tested in the market.

Most revealing in 2020 will be Son's ability raise a targeted $108 billion for Vision Fund 2. Potential investors in the second fund will have noticed that the anchor investor in the first, the Saudi Public Investment Fund, refused to allow any more of its money to be used to rescue WeWork and has been vague about its plans to support the new one.

If Son and SoftBank are to recover in 2020, they will need to restore confidence by ending accounting gimmicks, improving governance and independent oversight and providing full disclosure on their investment portfolio. SoftBank needs to discontinue the ill-advised accounting treatment of paper gains -- and losses -- in Vision Fund as income. Fewer hard-to-decipher footnotes in SoftBank's financial disclosure would be welcome. 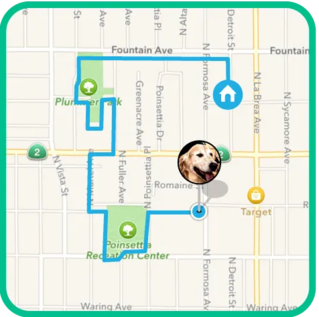 It would also help if SoftBank-affiliated investment funds stopped writing large checks for risible startups like Wag, the app that connects dog owners with dog walkers, and Zume, the robot pizza company.

Stepping back from the pain of 2019, there is in fact much to support Son's argument that SoftBank is massively undervalued, which gives it options for 2020.

Yet SoftBank's market capitalization is less than half that, around 8.8 trillion yen. Viewed in this light, Vision Fund 1, which accounts for a "mere" 3.2 trillion yen on SoftBank's balance sheet, is a sideshow that should not impact SoftBank significantly even if it turns out to be worthless -- and could lead to glory if there turns out to be another Alibaba hiding somewhere in the bag. One solution to SoftBank's conglomerate discount would be simply to start planning in 2020 to break the company up. Son argues otherwise, but there are in fact few compelling synergies between and among the component parts. Part of the discount probably reflects the fact that the sprawling empire contains too many disparate businesses that are just too difficult to figure out.

Disaggregating the SoftBank empire would dash Son's ambitions to create the world's largest company, but would effectively rebalance the price to book ratio; address the structural conflicts of interest between shareholders of different parts of the empire; and reconfigure the empire into more easily understandable free-standing units.

In searching for answers, Son should also consider the extent to which his own personality and leadership style may have spooked the market. Proclaiming that SoftBank's destiny is to "bring happiness to everyone;" his obsession with brute size as opposed to investment return; and his continued procrastination over naming a successor all invite the perception that SoftBank is a cult rather than a business making its way in the real world.

The fortunes of SoftBank and Son may improve in 2020 with less vision and more grounding in reality.

Stephen Givens is a corporate lawyer based in Tokyo.