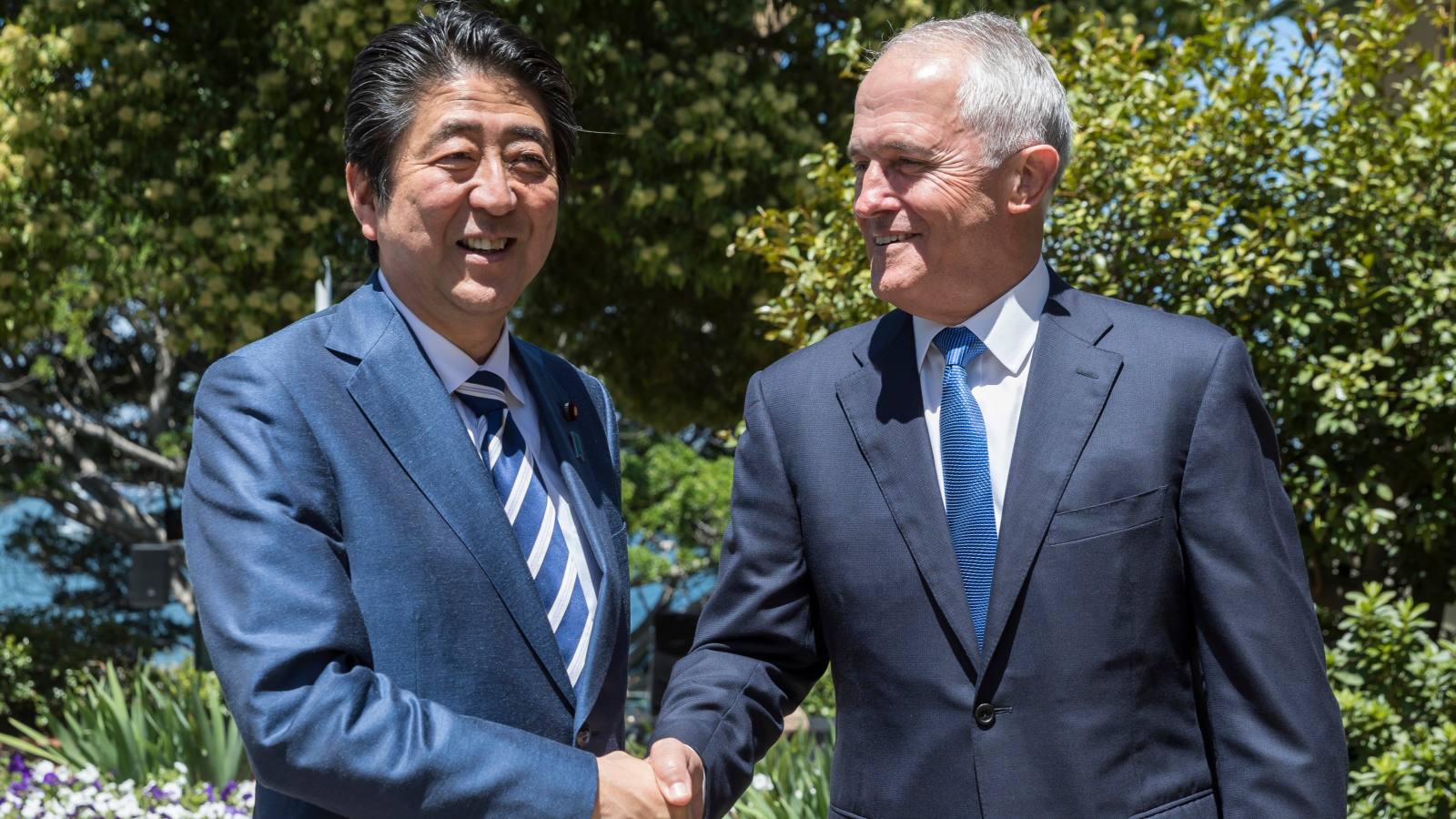 This is why the world will miss Shinzo Abe How to spur innovation after COVID-19 Oil price shocks set to jolt Asia, no matter who wins US election

It is way too early to celebrate Najib's historic corruption sentence On the face of it, last week's guilty verdict against former Malaysian Prime Minister Najib Razak is a victory for clean government everywhere. A symbol of the graft that has dogged Malaysia for decades, it brings hope that a Malaysian court had the courage to sentence Najib to 12 years in prison.

Unfortunately, it is too early to celebrate. Najib's decision to appeal -- as is his right -- has raised fears that his convictions could be overturned, especially with so many of his political allies returning to power earlier this year. Since taking office, Malaysia's new government has wasted little time cracking down on independent media organizations and other groups that played a key role in exposing the corruption charges against Najib in the first place.

Malaysian politics has changed dramatically in recent months. In 2018, widespread anger over the hundreds of millions pillaged from the 1Malaysia Development Berhad state fund helped topple the world's longest-ruling coalition led by Najib's United Malays National Organization (UMNO). The new Pakatan Harapan (PH) Alliance of Hope coalition took office on the back of promises to clean up politics and usher in a new era of respect for human rights.

While there were legitimate frustrations over the pace of the PH government's reforms, it could still point to some key achievements -- including the limited rollback of repressive legislation such as the Anti-Fake News Act, and the aggressive pursuit of corruption charges against Najib and his cronies. In February this year, however, the fragile PH coalition fell apart amid a political crisis. In its place, UMNO and the ultraconservative Parti Islam Se Malaysia joined forces to make former UMNO stalwart Muhyiddin Yassin Prime Minister. The new government soon launched a crackdown on media and civil society groups and revived many of the same repressive laws used under Najib's rule.

What makes this all the more worrying is that it has been Malaysia's civil society groups that have played such a crucial role in uncovering corruption and holding power to account. Among those targeted in recent weeks is Cynthia Gabriel, a prominent rights activist who founded the Center to Combat Corruption and Cronyism, and whose work in the early 2010s helped expose the 1MDB scandal. After calling for an investigation into the government's alleged trading of favors for political support, Gabriel was called in for police questioning in June.

The new government has also turned its ire on journalists, including launching a criminal investigation against Al-Jazeera, raiding the network's offices after it reported on the mistreatment of migrant workers during the COVID-19 pandemic.

No wonder so many people are concerned that the rapidly shifting political climate could affect the ultimate outcome of the cases against Najib. Since UMNO's return to power, the Attorney General's office has already dropped high-profile corruption cases against two UMNO-linked people. In murky circumstances in April, prosecutors withdrew charges against Musa Aman, a former chief minister of Borneo accused of graft in the timber industry. And despite all his crimes against the people of Malaysia, Najib himself remains extremely popular. Many ethnic Malays view him and UMNO as a necessary bulwark against "minority rule" by other communities -- mainly ethnic Chinese and Indians -- a fear openly fueled by carefully orchestrated social media campaigns. The son of Malaysia's second Prime Minister Abdul Razak Hussein, Najib has also launched a sophisticated public relations blitz presenting himself as a man of the people. It even includes a music video.

While there are plenty of reasons to welcome the court ruling against Najib, there are just as many reasons to be cautious. The verdict has already caused fissures in the ruling coalition, with Najib's UMNO allies distancing themselves from Prime Minister Muhyiddin in an apparent bid to strengthen their own power within the coalition. With political uncertainty growing, and other high-profile graft trials still ongoing -- including against Najib -- the next few months will be a crucial test of Malaysia's resolve in the fight against corruption.

What Malaysia's new government must do is grasp this chance to prove that it is genuinely committed to breaking with the corrupt past. Authorities need to ensure that high-profile corruption cases are allowed to run their course without political interference and that the judiciary's independence is upheld and respected.

The government should also continue to build on efforts to address the more systemic problems around corruption in Malaysia put in place by so many civil society organizations. This includes backing a detailed anti-corruption plan first proposed in 2019, as well as repealing repressive laws used to disable and target critics.

Last week, one judge in Kuala Lumpur delivered a historic verdict against graft and cronyism in Malaysia. It should be a foundation stone for a brighter Malaysia, but its long-term effects remain to be seen.