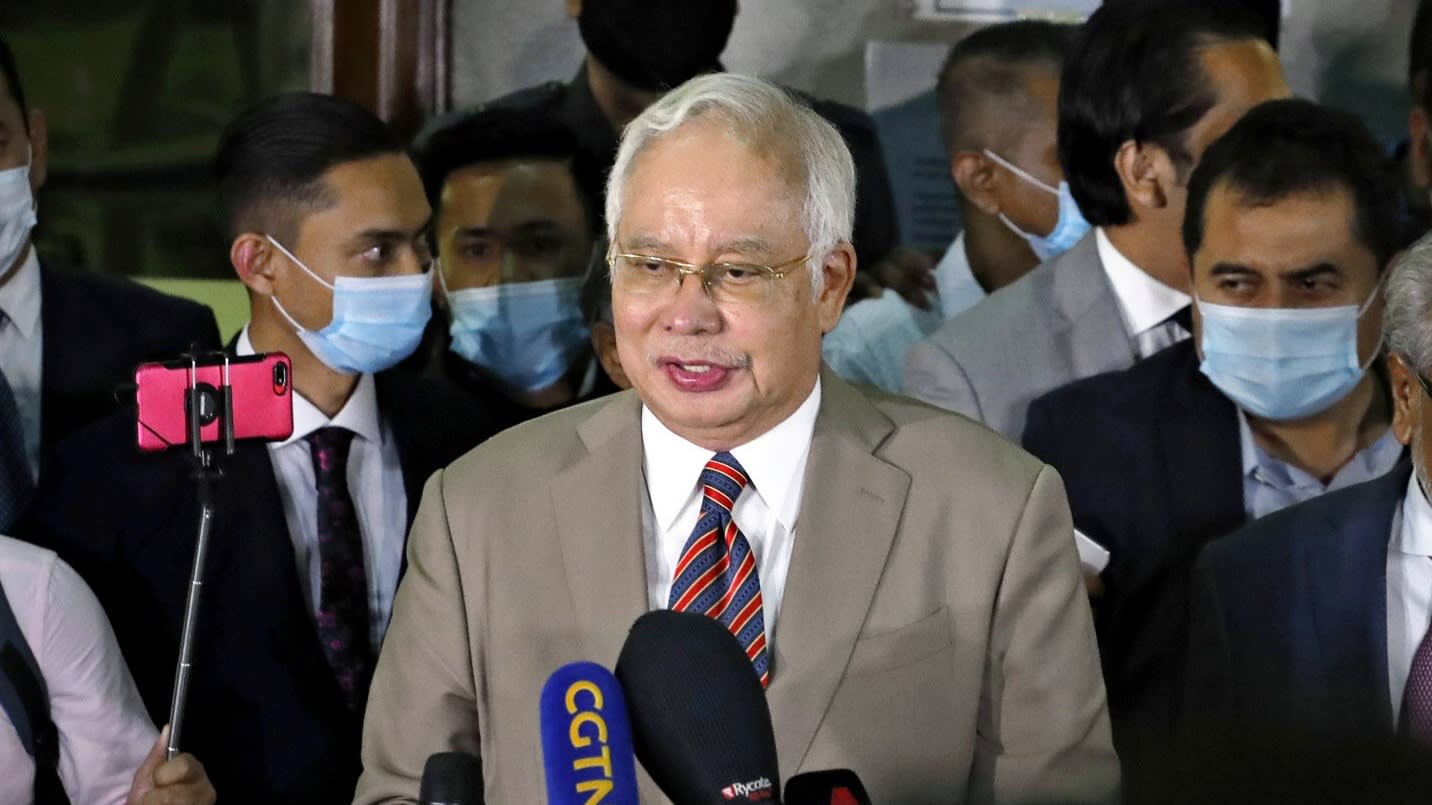 SINGAPORE -- The guilty verdict against former Malaysian Prime Minister Najib Razak last week in connection with the 1MDB scandal threatens to weaken the ruling coalition's tenuous grip on power as his party hints at breaking ranks.

The United Malays National Organization said Thursday that it will not join current Prime Minister Muhyiddin Yassin's political alliance, Perikatan Nasional, instead focusing on strengthening its partnership with the Malaysian Islamic Party, or PAS. While UMNO is not withdrawing from the coalition immediately and will continue to support Muhyiddin's government, it is signaling that it is keeping its distance.

With this announcement, UMNO seeks to take control within the coalition by leveraging Muhyiddin's reliance on the party for his slim parliamentary majority in a tumultuous political landscape.

The current government assumed power in March after securing just over half the 222-seat lower house, which chooses the prime minister. UMNO and PAS together hold 57 seats, more than the 31 of Muhyiddin's Malaysian United Indigenous Party, or Bersatu.

Najib was convicted July 28 of abuse of power, breach of trust, and money laundering connected to the 1Malaysia Development Berhad scandal, and has been sentenced to 12 years in prison and a nearly $50 million fine. He retains his lower house seat for now but will not be able to run in the next election unless the verdict is overturned.

UMNO, PAS and Bersatu, which all draw support from Malaysia's ethnic Malay majority, had begun holding talks on how to distribute candidates among districts in preparation for a snap election, but a speedy agreement now looks unlikely.

Najib seeks to pressure Muhyiddin into holding off on dissolving Parliament, while hoping for a reversal of his conviction on appeal, to maintain his political influence. 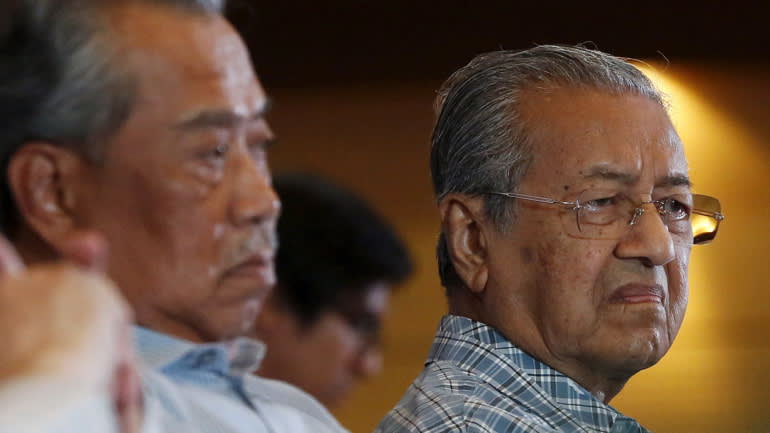 Muhyiddin issued a statement shortly after the verdict stressing the importance of an independent judiciary and the rule of law, likely in a bid to counteract the influence of the still-popular Najib and keep a free hand when it comes to his snap election strategy.

"Muhyiddin has to balance a challenging timeline, such as tabling of the budget in November, with pressure from UMNO and PAS as they see improved chances by teaming up to capture a lion's share of the ethnic Malay electorate and form[ing] the next government." said Nazhif Yusoff, country director at Vriens & Partners' Kuala Lumpur office.

Muhyiddin looks to work with reformers within UMNO to push back against the pressure from Najib.

UMNO President Ahmad Zahid Hamidi, who is close to Najib, has been hit with dozens of graft charges unrelated to the 1MDB scandal. Younger lawmakers and those outside the top ranks are calling for a replacement of the corruption-plagued old guard, and the Najib verdict could add momentum to this push.

As prime minister, Najib removed Muhyiddin as his deputy when the latter urged a full accounting of the 1MDB scandal. Their governing alliance in March was largely a political calculation aimed at securing a legislative majority. Najib's conviction has brought their differences back into the spotlight.

The rift offers the opposition an opening to take back power, but a deep divide remains between supporters of former Deputy Prime Minister Anwar Ibrahim and ex-Prime Minister Mahathir Mohamad, who is searching for an alternative candidate.

Mahathir has butted heads with Najib over the 1MDB scandal for some time, and he also parted ways with Muhyiddin after the latter became prime minister. A return to power for Mahathir himself looks unlikely, given the relatively small number of lawmakers who currently support him.

The instability on both the ruling and opposition sides has left politics in a state of flux -- and not only on the national level. Mahathir ally Shafie Apdal, chief minister of the state of Sabah, dissolved the state legislature last week for a snap election after his coalition broke down.