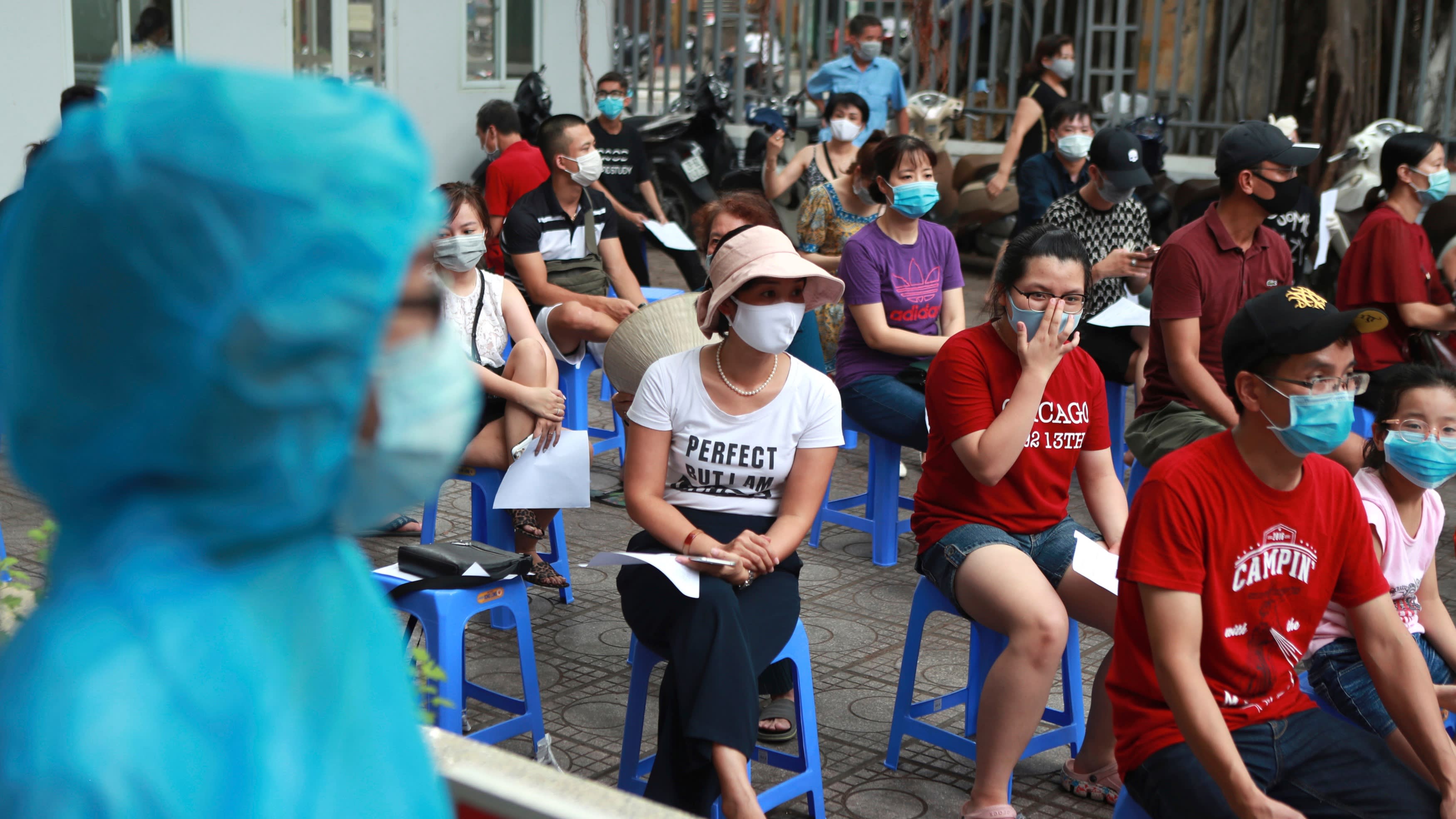 HANOI -- Vietnam's government has dispatched a team of what officials called the country's "most experienced" medical workers to Danang, in an effort to stem a resurgence of coronavirus infections.

The outbreak in the coastal city, which is one of the country's top tourist destinations, is so serious that Deputy Health Minister Nguyen Truong Son has been sent there to lead the containment efforts.

The move came as the country tightened border controls in response to an influx of undocumented Chinese workers. But the government, which had been praised for keeping infections low at the beginning of the pandemic, has stopped short of linking illegal Chinese immigrants to the resurgent coronavirus.

Health authorities said infections linked to Danang reached 224 as of Wednesday. Vietnam's total number of cases reached 672 on the same day. The country, which had managed to record zero deaths through July 30, reported eight deaths so far.

The team of more than 60 medical experts sent to Danang includes staff from Cho Ray Hospital in Ho Chi Minh City, which made international headlines for curing a British pilot who was in critical condition with COVID-19.

To quell the new wave of possible infections, Hanoi has reintroduced lockdowns in certain districts across the country. More than 133,000 people are under quarantined nationwide as of Tuesday, including 1,258 in hospital, more than 20,000 in quarantine facilities and the rest in self-isolation.

Meanwhile, Hanoi has been trying to stem of the flow of illegal immigrants from China, where the coronavirus originated and which shares a more-than-1,200-km border with Vietnam. Officials said Monday 504 undocumented Chinese immigrants had been detained since January. Some of the Chinese were seeking jobs after being driven out of their country by natural disasters and the coronavirus pandemic, Maj. Gen. To An Xo, a spokesman for the Ministry of Public Security, told a news conference Monday.

The Ministry of Health on Tuesday updated its COVID-19 diagnostic and treatment guide. Nguyen Van Kinh, who chairs the Vietnamese Society of Infectious Diseases, said the new strain of virus found in patients in Danang belonged to a mutation known as D614G, which has been linked to infections in Africa and Bangladesh.

"The salient feature of SARS-CoV-2 virus is its large size, contagiousness and genetic modification with symptoms caused by inflammation in the upper respiratory tract," he said, referring to the novel coronavirus's official name.

"The infection rate is about five and six people, compared to the older strains with the rate of 1.8 to 2.2 people," he said. The rate equates to how many people contract the virus in a period of time after having close contact with an infected individual.

Prime Minister Nguyen Xuan Phuc on Monday stressed the importance of achieving "dual goals" -- containing the pandemic while fostering economic growth -- at a cabinet meeting. Accelerating disbursement of public investment was identified as the best solution to deliver that goal.